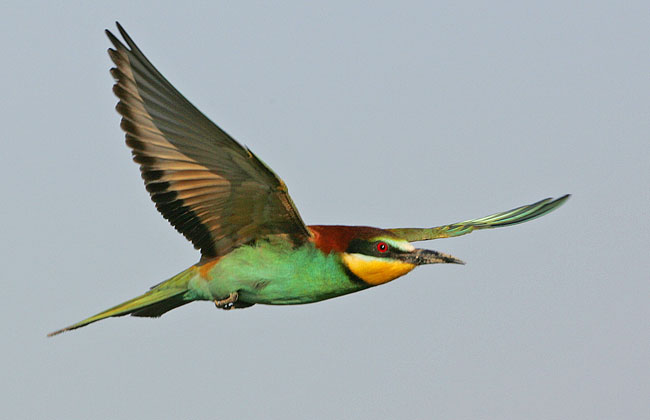 Benacre - A juv Redstart was present at Beach Farm.

Minsmere - The ringed Roseate Tern was again present on the scrape this morning, also noted around the reserve were 8 Spoonbill, adult Little Gull, 7 Spotted Redshank, 2 Red Kite over (1110hrs & 1130hrs) & finally a Ruddy Shelduck was seen to come in off at 1130hrs.

Lavenham - 4 Common Crossbill were noted as they flew NW over the village hall.

Minsmere - A Roseate Tern (double ringed) was viewable from South hide this evening, the 8 Spoonbill & Greater Flamingo were seen from East hide & 2 Ruff on West scrape.

Lowestoft Area - A Peregrine was seen on the grain silos oposite Asda.

Benhall - A singing male Quail was heard at Sternfield in wheat field South of B1121 at 1000hrs. 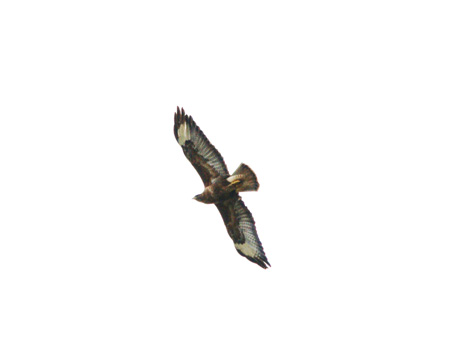 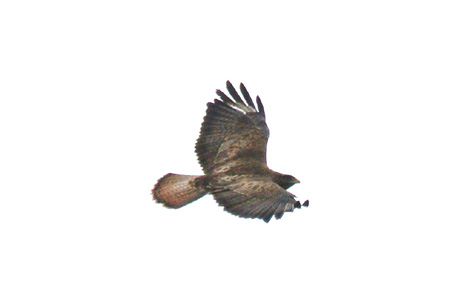 Sudbourne - The possible Steppe Buzzard was again seen 3/4 ml NW of Sudbourne + East of Tunstall Forest at Fazeboons on North of Sudbourne Great Wood. Walk SE 200yards to path by wood then continue for another 1/2 ml to view clearing @ TM.406.540

Minsmere - The female Ferruginous Duck was on East scrape this evening.

Sudbourne - The possible Steppe Buzzard (form Vulpinus) was again seen along the Northern edge of Sudbourne Great Wood throughout the day between the squally showers.. 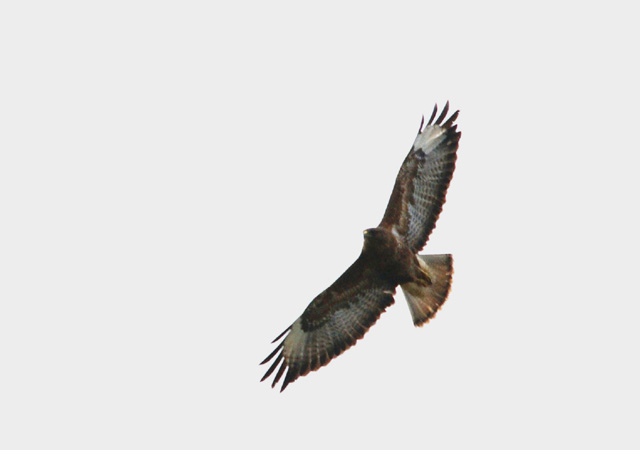 Lowestoft Area - An immature Spoonbill was present at Burgh Castle early afternoon, whilst another Spoonbill was seen East over Leathes Ham at 2030hrs.

Minsmere - The female Ferruginous Duck was once again present on Is.mere.

Sudbourne - The possible Steppe Buzzard (form Vulpinus) was seen again mid afternoon on the Northern side of Sudbourne Great Wood. 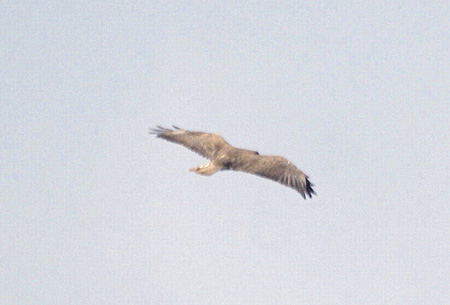 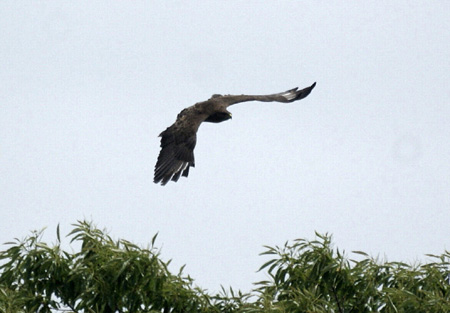 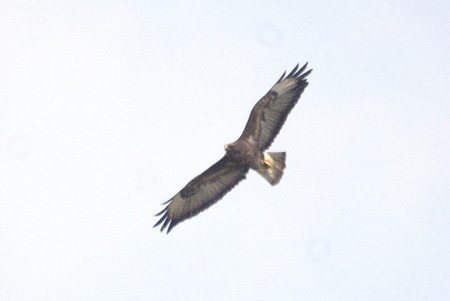 Feckenham - A singing Quail was noted just NE of Feckenham South of the t-junction at TL.674.724.

Minsmere - The female Ferruginous Duck was on Is.mere this morning, on the scrape, the escaped Greater Flamingo continued to show as were 2 2cy Y L Gulls & single Spotted Redshank.

Minsmere - The female Ferruginous Duck was again on East scrape this morning before moving to Island Mere, also 5 Spoonbill, 2nd cal year YL Gull & the escaped Greater Flamingo were seen around the reserve.

Minsmere - The female Ferruginous Duck was seen on East scrape this evening at 1900hrs, also Spoonbill & the escaped Greater Flamingo were both noted early morning.

Minsmere - A pair of Garganey were present on Island Mere early morning.

Minsmere - A Ferruginous Duck was noted on Is.mere this morning, whilst 3 Spoonbill & 3 Spotted Redshank were noted on the reserve.

Hollesley - No sign again of the adult ROLLER, but c40 Common Crossbill present.

Dunwich - A BEE-EATER was heard constantly calling as it headed South over Dingle Marshes at 1055hrs.

Hollesley - No sign today of the adult ROLLER on Upper Hollesley Common.

Needham Market - A Quail was flushed from Pipps Ford at 1320hrs.

Hollesley - A full summer plumaged adult ROLLER was discovered mid morning on Upper Hollesley Common. This majestic bird, the first in the county since the juvenile bird on Orfordness in 1991, favoured heath land and the adjacent fenceline just South of the former Woodbridge airbase at TM.334.475. The bird continued to show well until 21:10hrs then flew to tress presumably to roost? Please view only from public footpaths and do not enter the heath, also please avoid from parking on the B1083 as roadside verge / gullies are deep. 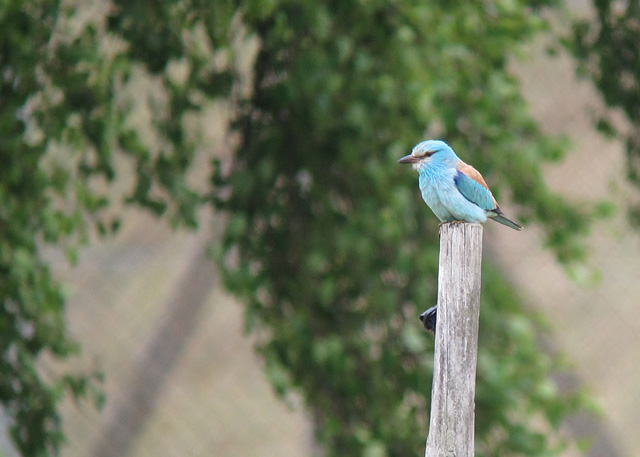 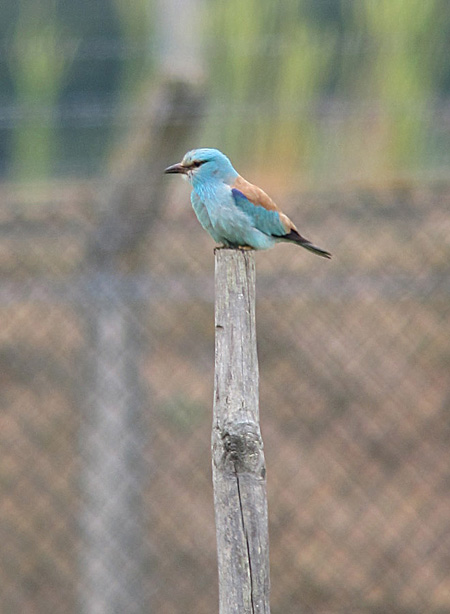 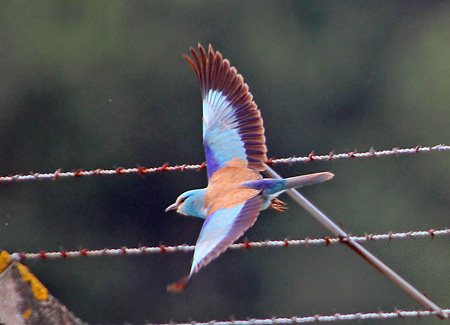 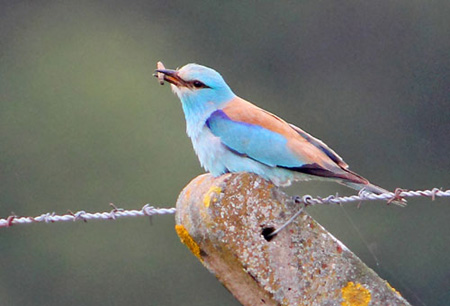 Lowestoft Area - A female Red-footed Falcon was seen to come in off at Corton at 0945hrs then continued West inland.

Felixstowe - A Serin was present at Landguard this morning, heard singing from the seaward side of the compound.

Southwold - A Great White Egret was noted on North Marsh at 1500hrs, then flew towards the fishing lakes but no further sign.

Minsmere - 3 Spoonbill & the escaped Greater Flamingo were present on the scrape, whilst offshore c60 Common Scoter were noted.

Benacre - A Spoonbill was present on the broad late morning, whilst a Black Redstart was noted by the sluice.

Beccles - 2+ Quail were calling from wheat fields off Angles Way just West of the water pumping station behind Barsham chruch from 2130hrs.

Reydon - A Red Kite was seen West over the village at 1155hrs, this evening, a Eagle Owl was seen to fly towards the Adnams distribution centre. 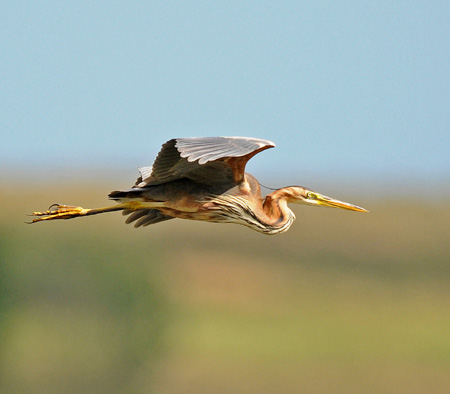 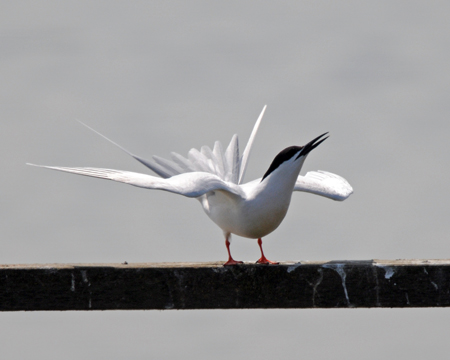 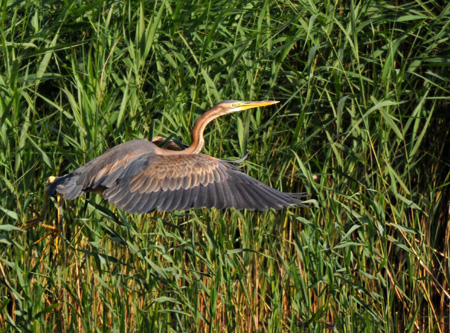 Minsmere - The Roseate Tern was again present on the scrape along with 3 Spoonbill.

Alde Est - A Spoonbill was present on the pool adjacent to the hide at Hazelwood Marshes.

Horringer - A Red Kite was seen this afternoon by the Six Bells public house.

Minsmere - The Roseate Tern was still on South scrape today viewable from the public viewing platform, also 2 Spoonbill & the escaped Greater Flamingo present on the reseve. A probable Black Kite was rptd at 1612hrs seen between Bittern hide & the coastguard at Dunwich.

Trimley - A Spoonbill was present on the reservoir at Trimley Marshes. 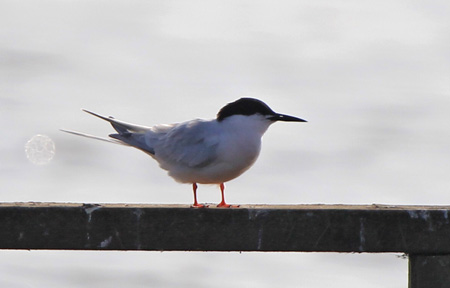 Lowestoft Area - The BROAD-BILLED SANDPIPER was once again seen on the Southern shores of Breydon Water from 1400hrs til early evening at least, the bird has been favouring the muddy shore West of Humberstone Farm. 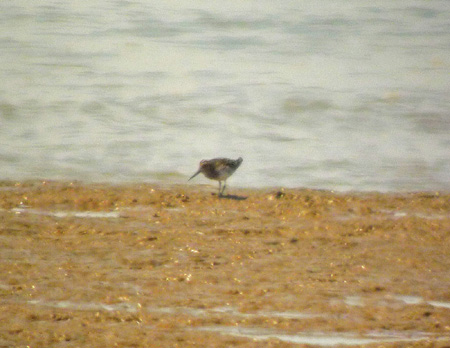 Minsmere - A Roseate Tern was discovered on East scrape at 1210hrs and was still present at 1425hrs despite flying out to sea at 1252hrs + 2 Little Gull on South scrape.

Stowmarket - Red Kite seen circling just North of the A14 by the Newton Road flyover.

Lowestoft Area - A BROAD-BILLED SANDPIPER (thought to be a different individual to the recent bird) was present on Breydon Water. The well marked bird was initially seen on the Norfolk side of the channel, then was seen mid to late afternoon on the Southern side of the shore ranging between 200-900yards down river from Humberstone Farm.

Minsmere - 7 Spoonbill seen over the beach ay 0945hrs + Spoonbill was present on the scrape this evening viewable from West hide, also drake Garganey on the konik fields. 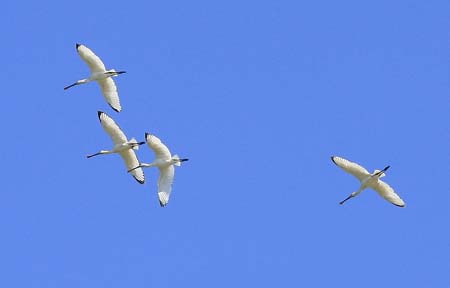 Ipswich - A juv Peregrine (1 of 3) was seen on the parapet wall of the Orwell bridge was traffic pass by!